WE are trying to convert all of our blogging to our new blog which has our new name in the address of the blog. The new blog is: agademics.blogspot.com So check it out and follow our adventures.
Posted by A.Calabretta at 10:30 AM No comments:

Email ThisBlogThis!Share to TwitterShare to FacebookShare to Pinterest
Labels: AGADEMICS 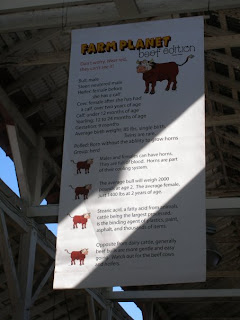 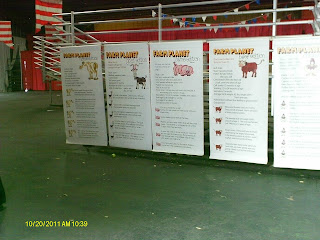 2012 is a year of changes for us here at AGademics
we want our products and services to more user friendly!! In doing so we have changed our prices and rearranged our package deals on banner rentals. Now all banners will rented at $45 a day each for fairs 5 days or less. Fairs larger than 5 days when renting the whole set (9) the price is rent one get the next one free. So by renting all 9 you would be paying for 4 banners.


Don't forget we are celebrating our 20th year in the fair industry so we are offering 20% off the purchase of the banners until Feb. 29th!!! 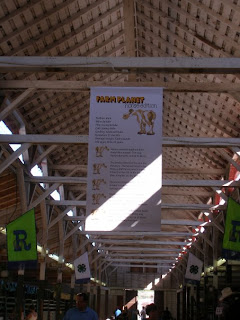 Posted by A.Calabretta at 7:59 AM No comments:

A YAHOO article that needs to be fact checked again

College Majors That Are Useless

Are you going back to school in hopes of graduating to more job opportunities? You might want to avoid these degrees.

If you're considering going back to school in hopes that you'll graduate to more opportunities, there are certain degrees that you might want to avoid.
Consider the National Association of Colleges and Employers' (NACE) 2012 Job Outlook study, which surveyed almost 1,000 employers on their future hiring plans. Many areas of study, such as fashion design and the performing arts, didn't even make the list.
On the other hand, majors like business had 83 percent of the surveyed employers saying they planned to recruit them. Close seconds were accounting and computer and information science majors with nearly 60 percent of surveyed employers planning to recruit them.
At the other end of the spectrum are degrees that are either so specific they can't be applied in a variety of fields, or those linked to careers with virtually little to no projected job growth.
Want to make sure you don't pick a dud of a degree? Check out our list of most useless degrees.

When schools such as the University of Idaho cut their agriculture programs, you know times are tough for this degree. The state has more than 25,000 farms, for cow's sake, according to the most recent U.S. Department of Agriculture census, in 2007.
Still, if your idea of a good day is getting up with the sun and working till it sets as an agricultural manager, a degree in agriculture might be your calling.
Just don't expect farms and ranches to be calling you, says Laurence Shatkin, Ph.D., and author of "The 10 Best College Majors for Your Personality." "It's true that farms are becoming more efficient now and so there is less of a need for farm managers," he says. That means less jobs. In fact, the U.S. Department of Labor projects 64,000 fewer jobs in this field over the next seven years.
Total Number of Agricultural Managers in 2008: 1,234,000
Projected Change in Number of Jobs 2008-2018: -64,600
Percent Change: -5

The world of high fashion is glamorous, exciting, and, unfortunately, highly exclusive and competitive.
"Fashion never dies out, never ends, and even though everything gets made overseas now, there's always a need for designers. But it's incredibly competitive. It's one you really have to establish yourself in," Shatkin says.
And those glamour positions are expected to be the ones with the fewest opportunities among an already small field, says the U.S. Department of Labor. Because it's so tough, Shatkin suggests that getting a practical minor with this degree is very smart.

Here's the good news: Sign up for theater as a major and at least you'll be really good at acting like you have a job.
Here's the bad news: Actors endure long periods of unemployment and frequent rejection, says the U.S. Department of Labor. The Department goes on to say that because earnings are erratic for actors, producers, and directors, many hold second jobs. In other words, how do you feel about waiting tables?
Of course, says Shatkin, "People go into this with such a love for it you can't stop them."
Total Number of Actors/Producers/Directors in 2008: 155,100
Projected Change in Number of Jobs 2008-2018: +16,900
Percent Change: +11

Here's another degree aimed at a career that at first glance doesn't look all that discouraging. After all, animal scientist employment is projected by the U.S. Department of Labor to grow 13 percent from 2008 to 2018.
But crunch a few more numbers and you quickly realize that you could be in for stiff competition to grab a piece of that pie. Fewer than 5,000 animal scientist jobs are projected to exist in the field by 2018.
The problem, says Shatkin, is the degree is so specific that trying to apply it to anything else means a tough time convincing people it gives you any useful skills for jobs outside animal science jobs.
Total Number of Animal Scientists in 2008: 3,700
Projected Change in Number of Jobs 2008-2018: +500
Percent Change: +13

If you like the farm life but aren't all that keen on all the whining and clucking of an animal farm, perhaps a degree in horticulture is growing on you.
Unfortunately, the number of jobs in the field itself is not growing, according to the U.S. Department of Labor. And Shatkin agrees. "Better than agriculture, but not by much. If you're lucky, you may find some way to apply that to a related business like food processing or production," he says.
Total Number of Farmers and Ranchers in 2008: 985,900
Projected Change in Number of Jobs 2008-2018: -79,200
Percent Change: -8

As a AGRICULTURE major and in the industry I am sadden about this article. There is so many holes with this article and if it was true so many of my friends would not have a job in the AGRICULTURAL industry. I wouldn't have picked any other major or any other industry to work in.

Posted by A.Calabretta at 7:02 AM No comments: